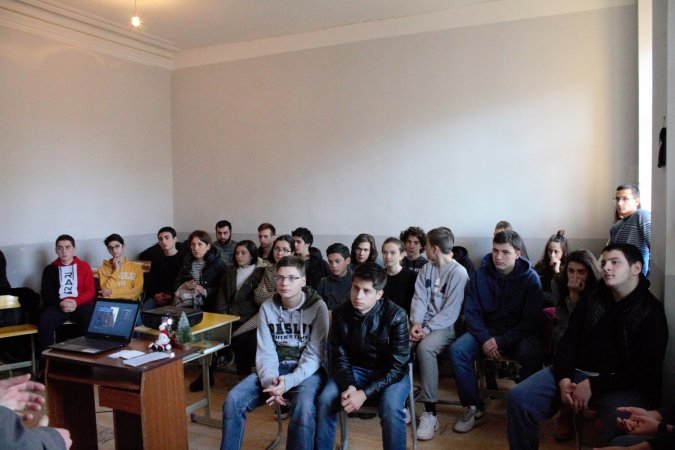 The aforementioned members of the academic staff of TTAS met the students of the 10th, 11th and 12th grades and spoke to them about the essence of Tbilisi Theological Academy and Seminary, as of the highest theological institution and its educational programmes. Archpriest Shalva Kekelia spoke about Christian values and the role of education when a human being is walking in the path of spiritual edification. Mr. Tsotne Chkheidze continued the theme of the Spiritual Father and mentioned that the word “enlightenment” is related to light, which is our Lord Jesus Christ. He expounded on the faith and education, saying that after the Apostles, Saint Nino enlightened Georgia and this process became the foundation for the revival of education in our country. The churches and monasteries, which functioned in Georgia and beyond her, were also centres of education whose spiritual and intellectual successor is Tbilisi Theological Academy and Seminary. The students showed great interest toward the aforementioned information. The visit to Saint Nino Orthodox School was fruitful and ended with success.