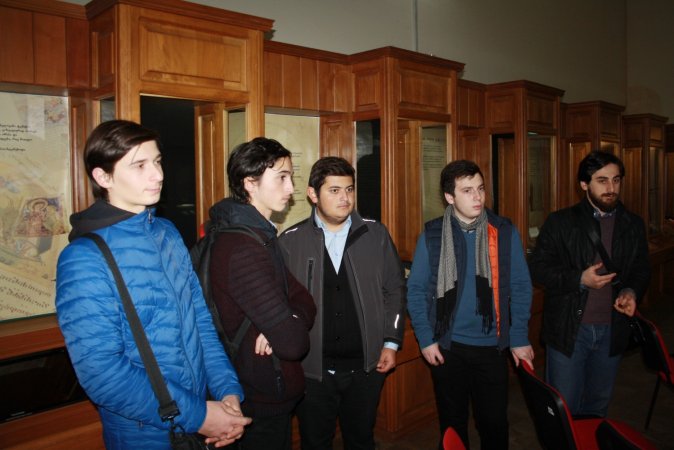 On the 15th of November, Friday, the first-year students of Tbilisi Theological Academy and Seminary visited the National Center of Korneli Kekelidze Institute of Manuscripts on the occasion of an exhibition dedicated to the brother and Sister, Oliver and Marjory Wardrops; the exhibition hall holds originals of the correspondence they had with the well-known figures of Georgia of the 19th-20th centuries: Ilia Chavchavadze, Olgha Guramishvili and others. The educational project, titled “The Georgia of the Wardrops – History and Contemporaneity” also offers the guests archive manuscripts, displaying their activity in the translation of works of Georgian literature, among them are the text of “The Knight in the Panther’s Skin”, known as the Tsereteli edition and the Chelishi edition of “The Life of Saint Nino”.


The students expressed their interest in the material which illustrates the technics used in the creation of manuscripts and the history of the foundation of this centre. 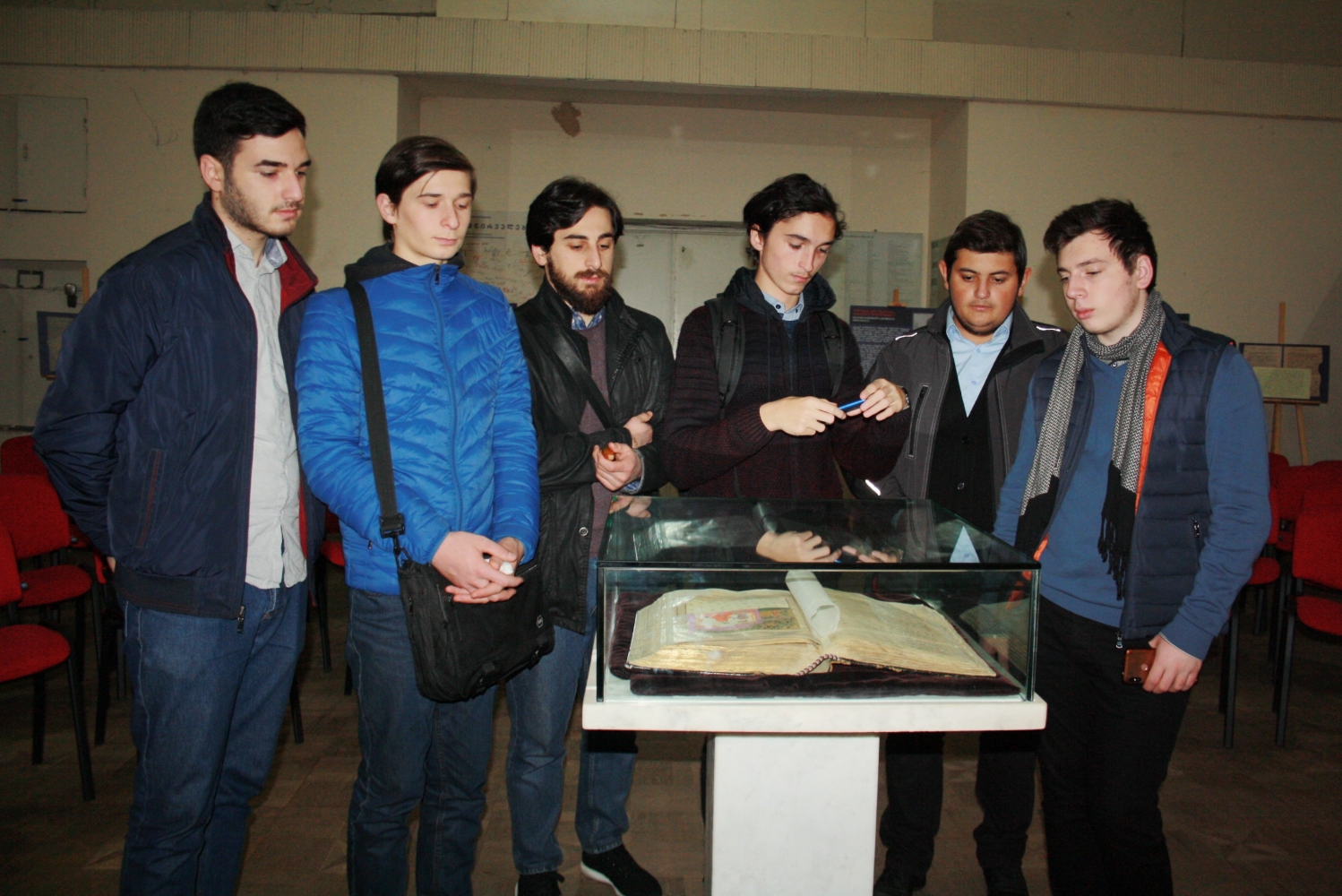