Today, on the 24th of September, at the Tbilisi Theological Academy and Seminary was held a defense of the Master’s Degree thesis. The author of the thesis is the graduate of the Faculty of Theology, Mr. Lasha Zaalishvili. The thesis is titled "Michael Modrikili’s Yearly Book of Hymns and the Hymn of the Holy Fathers".
The defense was attended by the Rector of Tbilisi Theological Academy and Seminary, PhD in Theology and Philology, Protopresbyter George Zviadadze and the academic staff of the school. 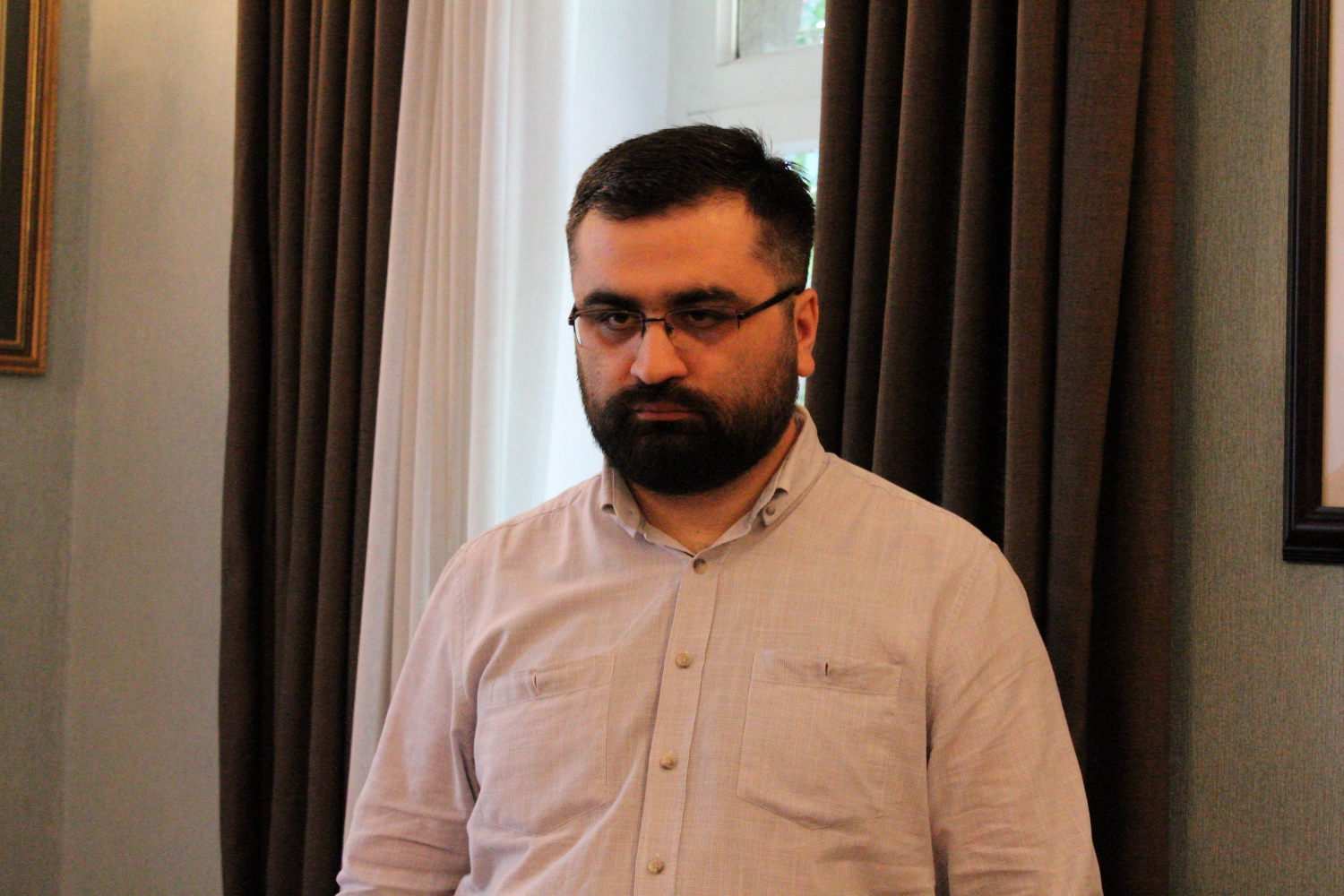 Mr. Lasha Zaalishvili's Master's Degree thesis is dedicated to the unique collection known as the "Treasure of the 10th Century" - "Michael Modrikili’s Yearly Book of Hymns" and the preserved in it hymnographic canon of the Holy Fathers. The      supervisor of the thesis is PhD of Philology, Professor Lela Khachidze, who explained the objective and novelty of the Master’s Degree thesis and the perspectives of further research necessary to be done on the subject.
"Michael Modrekili’s ‘Yearly Book of Hymns’" deserves attention from philological, historical, theological, liturgical and musicological points of view. The research done on the work has long begun and continues today. Most notable is the merit of Academician K. Kekelidze, P. Ingorokva and Acadademician E. Metreveli.
Michael Modrekili’s Yearly Book of Hymns is important in many respects. Therefore, the fact that the seeker of the Master's Degree has taken interest in this manuscript is particularly important.
Mr. Lasha Zaalishvili was thoroughly acquainted with the main scientific literature on "Michael Modrekili’s Yearly Book of Hymns" and based on these studies he also presented his observations on one of the hymnographic canons, namely, the theological content of the hymn of the Holy Fathers.
It is noteworthy that the Yearly Book of Hymns contains ancient Georgian musical notation - neumes and it is also unique in this respect; Mr. Lasha Zaalishvili's thesis deals with this issue and analyzes the neumatic notation attached to the text from the musicological point of view, which is one of the merits of the work.
It should be noted that Mr. Lasha Zaalishvili has graduated from Tbilisi State Conservatoire of V. Sarajishvili  (holds the academic Master's Degree in the Art of Music).
According to PhD in Philology, Professor Lela Khachidze, Mr. Lasha Zaalishvili has accomplished his goal well.
The Rector, PhD of Theology and Philology, Protopresbyter Giorgi Zviadadze and professors and teachers of Tbilisi Theological Academy and Seminary expressed their personal opinions about the work of Mr. Lasha Zaalishvili: PhD in Theology and Philology, Professor Edisher Chelidze, PhD in Theology and Philology, Professor, Archpriest Bidzina Gunia, PhD in Theology, Professor, Archdeacon Demetre (Davitashvili), PhD in Philology, Professor, Mrs. Gvantsa Koplatadze, PhD in Philosophy, Professor, Mrs. Rusudan Tsikvadze and others.
The members of the Scientific Council unanimously stated that the defense of Master's Degree theses is maintained at a high academic level, the topics are carried out according to scientific research methods, which is the result of thorough theoretical knowledge of Theology gained in this school.
Professor Edisher Chelidze noted that such studies should be carried out in the bosom of Tbilisi Theological Academy and Seminary since the philological and theological knowledge is harmoniously combined in this school. Correctness of this opinion is evidenced by today's defense and an interesting discourse which the defense was followed with.
The work was assessed as excellent and the Master’s Degree was conferred on Mr. Lasha Zaalishvili.